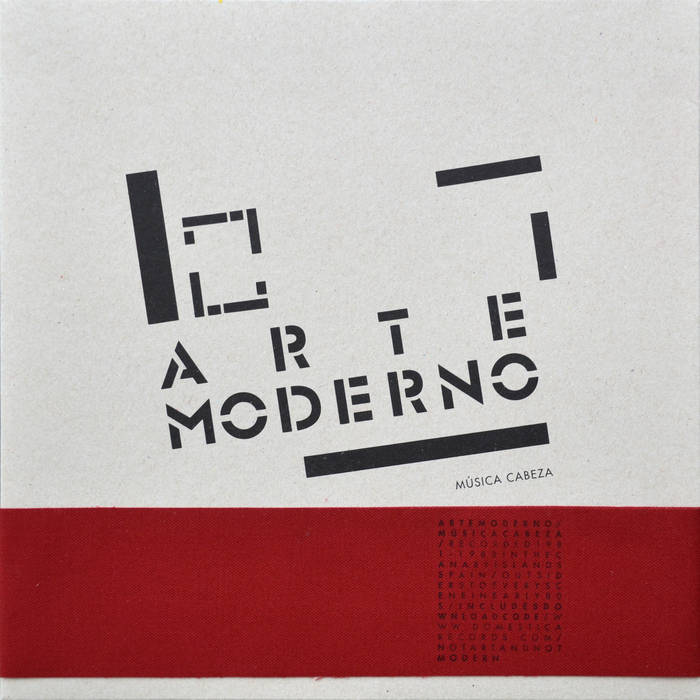 Arte Moderno was a project running in parallel lines to the overriding trends in early 80s Spanish music. Short-lived as it was (active between 1981 and 1982) its musical output has continued to amaze the connoisseur ever since. Their only 7” single Ninette en New York (Ja Ja Records,1982) is today an item highly rated by collectors and DJs worldwide.

The band hailed from the Canary Islands in late 1981, being its nucleus Javier Segura, seriously prolific musician active since the 70s, and Juan Belda, who had worked together previously. As Javier Segura himself states in his notes: “The tracks were created with a TR-808, harmonised with textures and guitar screaming, and the rich Belda keyboards plus choruses effects and noises I recorded on a separate tape.” Mandi Capote at drums and Javier Cabrera at bass guitar joined later on. Arte Moderno recorded a grand total of 8 tracks, of which only 2 were released at the time.

They were in a class of their own, estranged from any pigeonholing, “a terribly ambiguous act” (Javier Segura wrote), working with concepts that somehow go beyond music itself: “We were not electronic, not pop, not rock and not avant-garde. Not art and not modern. And of course we felt miles away from what was to be known as the movida. Arte Moderno had its leanings towards the extreme social/political views, which is what usually happens when you do not feel at ease with anything around you. Its critique is against everything and everybody, but especially against the then-current trends, musical and otherwise. There’s some poetry in its expression, showing up just to be crashed down. There’s love without love. There’s light in darkness.”