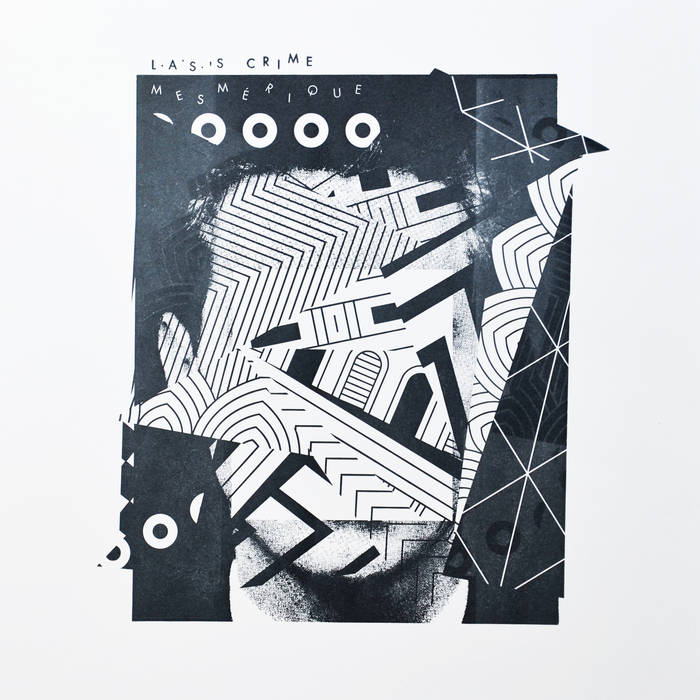 Not everything is known and explained. On the fall of 18th century Mesmerism managed to transform simple suggestions into the modern hypnotism known today, throwing the basics for other scientific disciplines largely diffused in our times, as psicotherapy, psychology, music therapy.  But the animal magnetism conceived by Mesmer was only a pseudo scientific practice, it worked for other causes than those believed by its own discoverer.  Sometimes things work perfectly for reasons man cannot understand.

L.A.S.'s Crime, an italian duo fascinated by electronic music, started its activity in 80's with a long list of demotapes, partecipating to several compilations and later recording two vinyls for well known european labels. Mesmérique is their third album reissued for Domestica Records, created with 11 original recordings taken from their '80s 4tracks demotapes, but restored today in a professional studio: you will be scattered into a path of 11 vivid and hypnotic visions never reissued before on vinyl. Tracks are ordered chronologically, from the first to the last years of 80s, showing the creative travel of the band towards the decade. Listening after listening, you will gradually become more conscious of the hypnotic nature of this music, full of contrasts, filled with endless repetitions echoing into memory in mysterious ways: a concise and minimalistic style who has kept alive this music during the last 30 years, by porting it from tape to cd, and later through internet, from a fan to another, from a musical genre to another, from a decade to another.  This music has been jealously preserved by those who knew and loved it: but the simplicity of its structures, the oblique melodies, the small length of the songs, are apparently weak reasons for this 30 years long devotion, it is somehow plausible there can be other reasons, far more complex to explain than it would be legitimate to believe.  So no coincidence that the tape is also called magnetic stripe, and that the turntable is a magneto acustic device.

Edition of 300 copies. Includes and insert with lyrics and additional information. Hand-printed with letterpress.