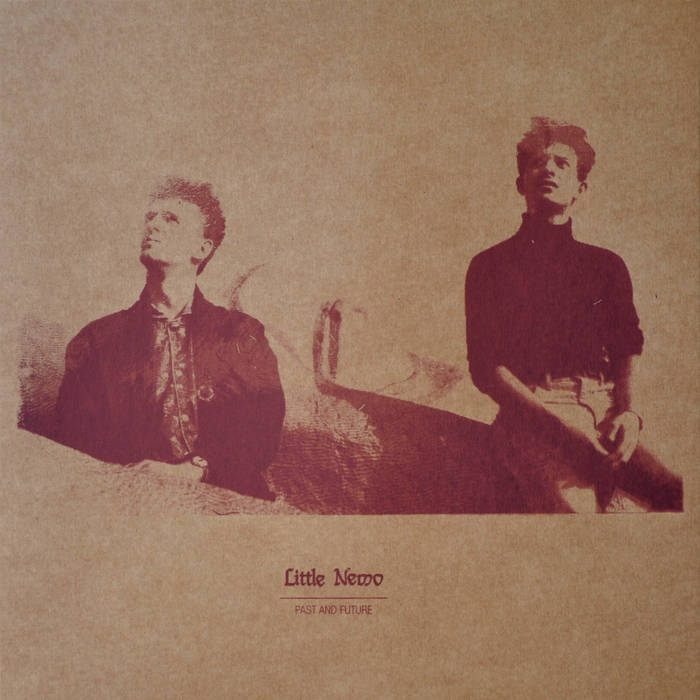 Little Nemo was born in 1983 as the result of the musical encounter between Olivier Champeau and Vincent Gallo in the Paris area. The name stems from Windsor McCay's comic strip, dating back to the early 20th century and telling the oniric adventures of a little boy during his sleep. That sets the tone for the many arty references in the group's history. The duet asserts this psychedelic ascent while quoting Syd Barrett's Pink Floyd as their influence. Their music mixing keyboards (mainly Olivier), a drum machine and guitar/bass by Vincent is influenced by the new wave of Cure and Joy Division, as well as by the French groups Taxi Girl and Marquis de Sade.

PAST & FUTURE was originally self-produced and self-distributed by the band on his own label Artefact, as a limited edition of 500 cassettes, released in June 1987. It was sold out in a few months. The tape is meant to be conceptual. It features on the " Past " side a song about the passing of time (A day out of time), the sung adaptation of the poem by Baudelaire " A une passante (To a passerby) ", " Empty House " the story of a haunted house in the style of Edgar Allan Poe, " Old Age " about the loneliness of old age and ends with a waltzing version of " La Balade des Pendus (the dance of the hanged) " from Villon. All this reminds of the 19th century. The " Future " side begins with " Seconds ", referring to the clock counting down to the year 2000 set up at the Beaubourg Center in Paris. The time theme comes up again on " Counter-Clock World " (the pendulums start turning back), followed by a song about the TV series of the 60's " The Prisoner ", " Be Seeing You " with an organ sound reminding of the Stranglers. It ends with " Future is now " and is artificially linked by the character of Alan who appears in several songs. Musically, this album features addictive songs and already defines the trademarks of each musician, the most synthetic and energetic titles for Olivier, Vincent revealing his taste for ternary rhythms, the piano and cursed French poets. Little Nemo already shows a marked personality.

In 1989, the band was signed under licence to New Rose for the LP "Sounds In the Attic" (on Lively art sublabel), after New Rose had distributed the self-produced EP "Private Life" in 1988. In 1990, New Rose re issued Past & Future on cassette, and another 500 copies were sold.

Out on vinyl for the very first time, these original recordings were produced by the band on a 4-track cassette deck in 86-87, except track A2, recorded on a 8-track tape recorder at 8PM Studio in Lyon (march 87).