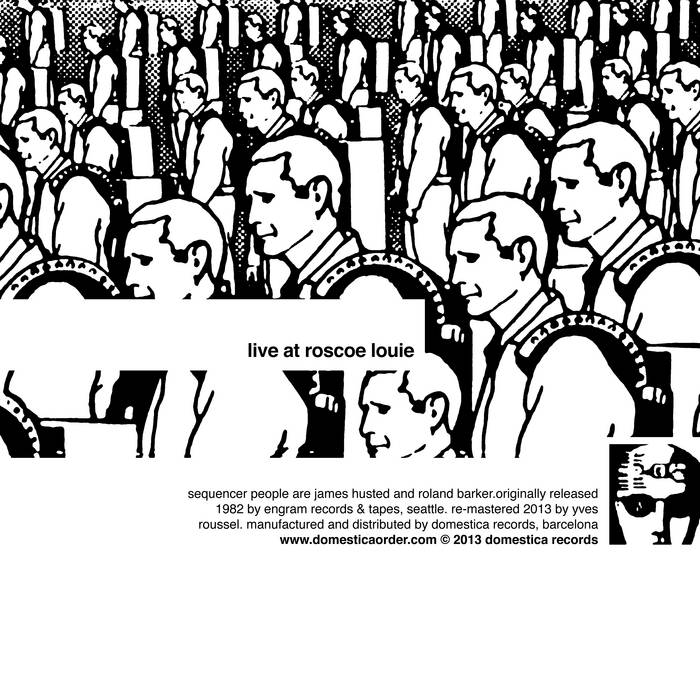 Sequencer People is one of the many projects which the prolific US duet formed by Roland Barker and James Husted carried out in the early eighties. Under this pseudonym, we just have the proof of a cassette recorded in 1982 by the independent American label Engram Records & Tapes, from Seattle, which collects the only concert recorded in the art gallery Roscoe Louie, from Seattle as well. Apart from this short association, the American duet Minimal Synth, formed by Roland and James, took part in lots of other projects, sometimes together with other groups (Young Scientist, or Body Falling Downstairs), other times concurrently (Audio Leter, or K7SS) and also on their own.

As James himself points out, the essence of all these groups was improvisation, that is to say, they never compounded following limited patterns. They used to have a very simple structure which they were developing without a previous schedule. For this reason they have never conceived the term ‘song’ in their wide musical production; instead, they talked about ‘performances’ or ‘improvisations’. Anyway, in all their projects we always find an obvious tendency towards experimentation, in essence, with electronic instruments and the discovery of new possibilities with analogic technology, as well as the creation of dark sounding universes, industrial and open to a lot of possibilities.

Now, for the first time, we introduce to you these two jewels of the most subterranean and trend setting electronic music, in vinyl format. We hope you will enjoy it.