by Son Of Sam 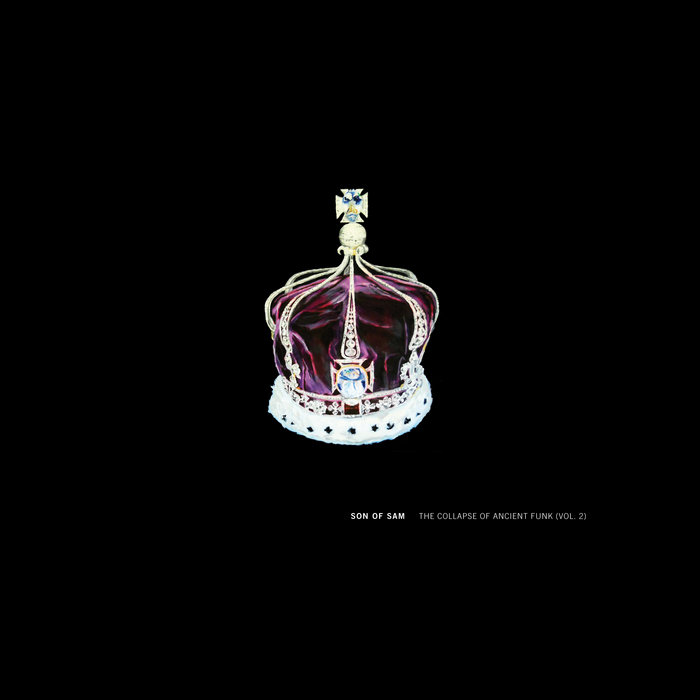 "We’d always hoped that people would want to dance to our stuff, but there was no obvious scene that we belonged to" (Chris Bishop, Son Of Sam’s frontman, 2016).

We all here at Domestica have been dancing for some time now to this our second (and last for the time being) release by mid-80s West Yorkshire industrial disco act Son Of Sam, an album consisting of all the instrumental tracks on the very rare cassette released by Final Image in 1985, The Collapse Of Ancient Funk (1984-85 A.D.). Among others, you will find here for the first time ever on vinyl gems such as the futuristic 1985 remix of “Not A Second Wasted”, inspired by Holger Czukay’s experimentalism, and the early-electro sounding hit “Playground”, along with the latest offering from the band, the previously unreleased track “You Got Me” (2016, MP3 download only).

From the liner notes by Chris Bishop:

"Sometime during 1984, during a period of Orwellian mass unemployment, I moved into a house in Leeds that had a basement filled with the collective equipment of The Cassandra Complex, O Yuki Conjugate and Mr Tom Fazzini. My pathetic contribution was the first Korg drum machine which nobody used and was eventually bought by Jez from Utah Saints. I don't suppose he used it either. It sounded awful.

Music at this time was largely devoted to guitar-oriented production, but the unwitting advantage these people had was our mistrust of the fretboard. Then Electro happened, we got an 808, and Son of Sam was born when I needed a nasty name to scribble on a cassette. As time went on, Razors and Mr Cheese fleshed my meanderings out into a "real band", we played a few dates around Europe, brought out some vinyl on Rouska and then logically destroyed ourselves when Techno arrived."