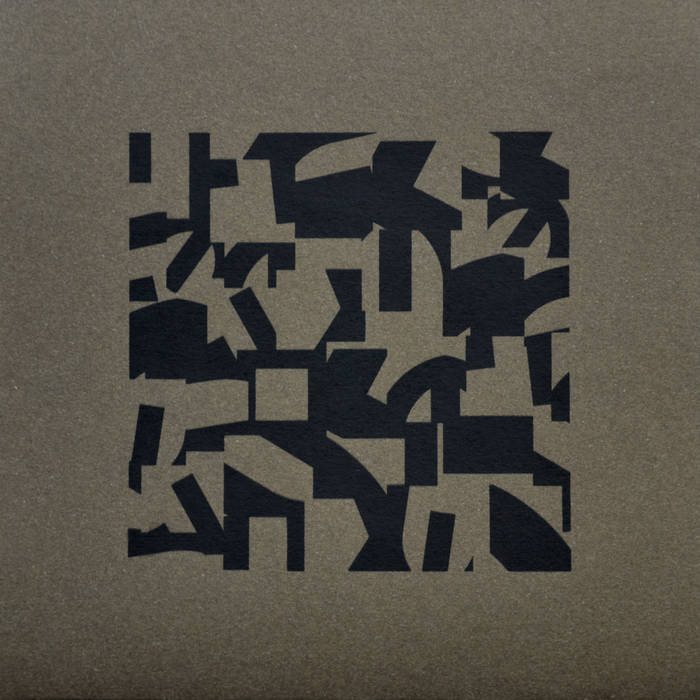 With this so limited edition of 40 copies, you can obtain 3 EP's on the “M” series 10”: 5X0D "5X0D" (Cat.No. DOM08-M), Sequencer People "Live At Roscoe Louie" (Cat.No. DOM06-M) and the long sold out Night Moves "TransDance" (Cat.No. DOM05-M) plus the compilation “X-mas Card From Outer Space” LP (Cat.No. DOM34-L), at a low price. All the records have been housed in a new jacket (hand silkscreen printed) with redesigned inserts. Includes download code and numbered card. Only available through Domestica Records.

5X0D "5X0D" 10'':
5X0D has always been Mark Phillips and Rob Lawrence since it began in 1981 in Bristol UK. Early influences were many, going back to pop, prog and krautrock bands of the early 70s, through punk and new wave to industrial, then later Japanese technopop like YMO. We made our tapes one by one directly copying from the master reel to reel tape and we distributed them through the cassette scene postal network of the early 80s. We definitely were only interested in sounding original though we had influences like Art of Noise, YMO, Der Plan and Yello. We weren't very interested in UK synth-pop - maybe only Cabaret Voltaire early on. We did much solo recording during the 80s, most of which is on the Soundcloud site. We do still like to make music, but just for fun. We've always been attracted to electronic and modified sounds, but have tried to write interesting songs to use the sounds in. We have lived through an era of technological advancement, and we felt positive about that whilst recognizing the dehumanizing potential of all machines.

Night Moves "TransDance" 10'':
Night Moves was the brainchild of Michael Guihen, from South London. On this EP you will find the first version of TransDance recorded in Late Spring 1981 at Ridge Farm studio in Surrey (East Sussex, UK). This mix was pressed onto a white label GC1 and was sent to clubs around Britain and Europe. Response to the track was strongest in Germany, Holland, and France. A few were sent to the U.S.A and were well received by the New York club circuit. On the B-side is “Life Up”, recorded in 1985 and never released before. All tracks has been mastered by Yves Roussel.

Sequencer People "Live At Roscoe Louie" 10'':
Sequencer People is one of the many projects which the prolific US duet formed by Roland Barker and James Husted carried out in the early eighties. The only evidence left under this pseudonym is a cassette recorded in 1982 by the independent American label Engram Records & Tapes, from Seattle, which collects the only concert recorded in the art gallery Roscoe Louie, from Seattle as well.
As James himself points out, the essence of all these groups was improvisation, that is to say, they never composed following limited patterns. They used to have a very simple structure which they developed without a previous schedule. For this reason they have never conceived the term ‘song’ in their wide musical production; instead, they talked about ‘performances’ or ‘improvisations’.
Now we introduce to you these two jewels of the most subterranean and trend setting electronic music, in vinyl format for the very first time. We hope you will enjoy it!

V/A “X-mas Card From Outer Space” LP:
A young Oscar Smit (DJ and music journalist) falls in love with the torrential music of the Christmas recording by Phil Spector, “A Christmas Gift For You”; and since then, he has been obsessed with all the versions, albums and songs which have something to do with Christmas time. On the other hand, he is also a true fan of dark and experimental music, and knows largely the underground scene which arose in the 80ies; an international movement with a working philosophy totally “DIY”, which used to distribute most of their publications by post and cassette format. So he tries to follow the possible common points between both passions but soon realizes that they are basically nonexistent. Far from getting discouraged, he starts up an unusual project: to ask these bands to record their own Christmas tracks.
This is how in 1984 “Oscar’s X-Mas Carols” is born; the first cassette compilated by Oscar Smit’s imprint Noel Tapes in Holland, which would be followed by two more; “Santa Claus Comes” (1985) and “Is That You Santa Claus?” (1987). X-mas Card From Outer Space (Oscar X-Mas Carols 1984-1987)” is a selection of the best tracks on these three cassettes.