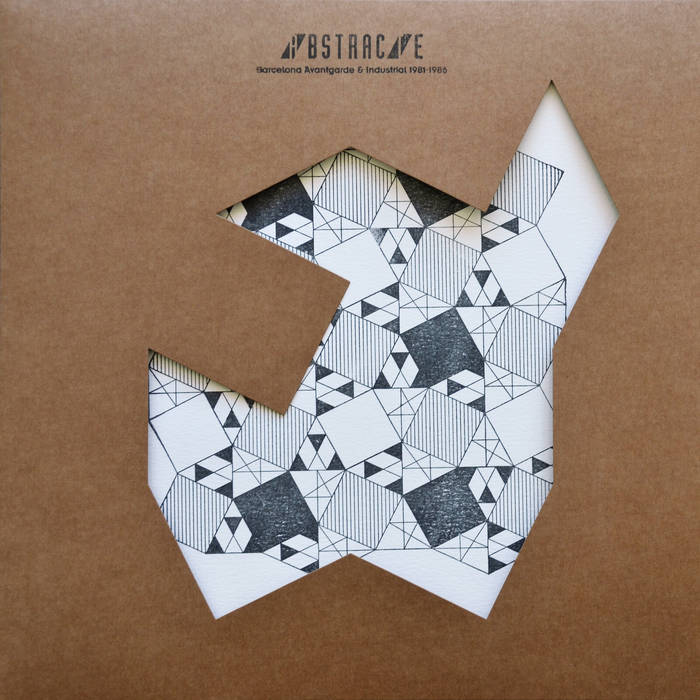 It’s been four years of hard work, with lots of surprises, drawbacks, hours of research and people involved. We can say now that this record is one of the most complex and ambitious projects we have released so far. Today we are pleased to announce the release of “Abstracte: Barcelona Avantgarde & Industrial 1981-1986”. “Abstracte” is a retrospective, a contemporary vision towards the past, a glimpse into a historical, artistic and musical moment in time, a spontaneous movement, disjointed and groundbreaking, wholly counter-culture and out of the mainstream circuits, which Barcelona lived in the late 70s/ early 80s, hardly remembered today.

It was the time, now mythical, before the ’92 Olympics, in the ancient capital of the Western Mediterranean turned into an industrial-revolution melting-pot in the previous century and ruled since then by enriched local upper-middle classes always looking up to Europe while of a strictly local mindset. Theirs were the architects, painters and city planners whose work tourists admire today.

In the long summers, one could go downtown from any of the outer areas -some still nominally independent- find parking space within half a mile from the cathedral or the Rambles, and go joyously record hunting in the convoluted streets of the old quarter without feeling part of a theme park. This petty bourgeois pleasure fell into oblivion long ago. Not that there were many records to be bought, anyway. Imports were scarce and expensive, distribution of local labels was terrible and the whole cultural scene looked fragmented and contradictory. But, after forty years of political dictatorship -which collapsed amid bloody ridicule in 1975-1980- the air was full with promise.

In fact, the city was late, as usual, for the musical revolution of 1976, but no one seemed to notice or care. Labels, bands, venues and trends were even more ephemeral than today, and the most dedicated collectors missed a great deal of product. Those were the times, and this is a cross-section of the underground scene of these days and it is also a sample, a recognition and a selection of pioneering artists, musicians who showed the path to many that followed. These projects enjoyed very little, if any, visibility. Most of them never got their work released, although their musical output was large and some acts did perform with remarkable success in the area of Barcelona. Others did not take the chance to get signed by a major, remaining stubbornly faithful to their musical ethos. Even others were self-produced and selfpromoted affairs, with the means available at the time, merely aiming at spreading their work in a notably hostile scene, with some producing their music at home, for themselves, without much conscience of what they were doing.
More than thirty years on, our perception of what this revolution in the Barcelona music scene meant has mutated and evolved. We firmly believe it our responsibility to shed some light on this litttle-known and enigmatic instant.