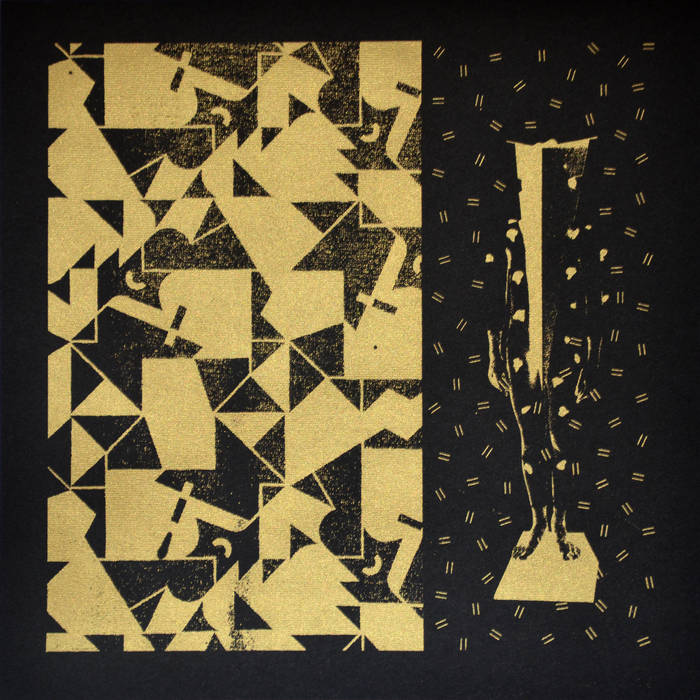 Appeared from the alternative Italian stage in the late 80ies, Voxzema is one of the most unknown and peculiar bands in the european underground music scene. Despite not having launched any record before its early breakup, they did give a few concerts and, with some luck, you we’ll be able to find two of their demos in the strange compilation in cassette format 'Ologenesi’ from 1989. Thanks to an exhausting work of musical archaeology, we have found their original members and rescued their demos, most of them totally unpublished up to now.

With a totally innovative sound, Voxzema is a mixture of electronic/coldwave with psychedelic touches, blunt bases and a deep male voice which may evoke a hybrid between Cassandra Complex and Kas Product, to name some of them... perhaps we're talking about Cyberpunk...? Judge yourself!

A short biography by Voxzema:

" When punk studs were smashed to become little badgets... "

" Not long ago, in one of the recent storms, walking with Lino on the familiar and impregnable paths of the intellect, I asked him about electronic music, and he paraphrased me with another question: What was punk?

After the bright sudden lightnings which normally shake the brain neurons as natural as thunders are, I remembered the answer: the overwhelming will to express oneself, either you have the means or not. Breaking the edges of an intellectual and static impounding that an official culture has, a self-proclaimed elite only focused on knowledge and expression. To reorder, continue or just let yourself go towards new streams, fresh ones, no matter which way it is following; or perhaps drawing new paths on purpose… in the end, the important thing was just moving.

What does this have to do with Voxzema?

They were four or five guys from the outskirts of Naples, originally from little towns located under the dark sun in the Vesuvius. Urban agglomerations characterized by a predominant catholic subculture (see Koma) and by the tourists in passing, which are ruled by a merciless policy of looting, carried out by really powerful clans. Heroine was invading its space and attacking violently.

...Where punk studs used to be flattened by those cultural filters which turned them into little badges...

That’s how the band was born, as a voice which took shape out of some shaving foam.

A quartet from different origins, pushed by the energy of creation with only a few resources.

A punk effect, although neither music or lyrics were qualified as such. But it really was devastating in an area where melodic music ruled, and in which the alternative one was a sort of old-fashioned and monotonous rock.

‘Revolutionary’ is the correct term. Also revolutionary in people’s memory because it was a seed left by most posthumous groups, as well as a reference for some new young people of those times. It was like the hours before giving birth.

In that moment, electronic music and its new sounds fascinated people, woke up their curiosity. With no local pollutions, it knocked down many prejudices on native music.

No influence of the mandolin, “tarantella” or “tammorra”, the traditional music from that region. However, the band was nourished by the magmatic force of that place. Probably, it is one key factor to understand their particular style and post-punk influence, mixed with groups such as Minimal Compact, Xymox, and all the electronic new wave. Power and melody. It’s not easy to classify....

From the ashes of other groups, between 1986 and 1987, they both met in a new-baroque room to celebrate a birthday.

The first piece they created was The Drop; harmonious and intimate, of shadows and fear, knocked down childish wishes of sand castles, and was the precedent of other new titles.

Very soon, Voxzema started with their first concerts, and beyond some other abusive competence, in an abusive disco, in the abusive basement of an abusive building, gained a reputation in the greatest alternative and fashionable Neapolitan nightclubs. The group was always more or less stable, with the exception of their alternation of different bass players (Gennaro Di Meo, Paolo Traverso, Carmine Contaldi); thus, each of them made a significant contribution to the songs creation.

"Kriminali" was born when the guitarist’s brother-in-law cut in by saying: “Kriminali!”, (criminals!), encouraging us to repeat it during the text execution. The singer really loved it, and found it funny especially because the “kriminali” were evoked as the destroyers of other people’s dreams...

"Scivola Via" (it escapes, slides, drips) refers to the first disagreements of a group of young people who progressively escaped from the ordinary.. they dripped.

The group broke up in the moment when the music world began to take an interest in them, due to internal differences. We can say that it was born and, later, died with The Drop.

After several attempts to reform the band, the chapter was definitely closed between 1989 and 1990.

We are surprised of how the web from the future has turned that which we regarded just as a pleasant memory into an autonomous creature, able to exist on its own, Perhaps the ideas (as well as those things made with our heart) live an independent life, weave together as time goes by, giving shape to a sort of bridge between the periods. "

Recorded in a home studio with a Tascam portastudio, 1988
Recording and mixing by Rino Solimeno
Mastered by Yves Roussel, 2014