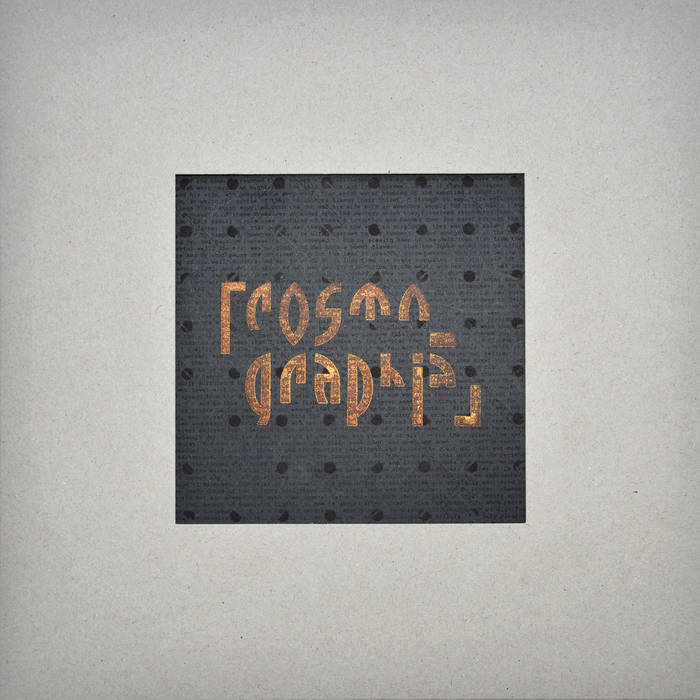 AS IF NO WAY

This is volume one of Cosmographia (International Cassette Culture), a selection of tracks originally released on cassette in the late 80s plus some never published ones by three European acts: Idee du Femelle (Barcelona, Spain), Genetic Factor (Amsterdam, Holland) and Collectionism (Frankfurt, Germany).

Their common link is the “non-musician” concept as originally stated by Brian Eno, also to be found in Kraftwerk, Can, Cluster and some modern classical composers like Ligeti or Cage. All three were deeply involved in the live scene and the self-distribution ethics of their time. All of them innovated in aesthetics as well as music itself and that showed in their live performances, working with artists from other fields to create a sound-and-vision experience recaptured here on vinyl.

Idee du Femelle, starting in 1984, managed to record 9 cassettes, most of them self-produced and distributed by mail. Toni Parera, the man behind Idee du Femelle, is a versatile musician who wrote music in several electronic styles, such as New Age, experimental, Berlin school and ambient.

Genetic Factor, an impersonation of Richard Zeilstra, started out in 1977, mainly out of love for an improbable merge of Industrial and experimental pop. His heart was more into making music than marketing it, although he can be heard on several compilations such as the relatively well-known 'Radionome' and 'Colonial Vipers', both from 1982. He worked with a vast array of artists beyond music.

Collectionism were brothers Peter and Tomas Fey and Peter Prochir. Founded in 1984, they are digging in a quarry of pop culture, searching for something they can quote. They prove that you can create music with natural sounds and a synthesizer with a feeling in it. Athmospheric soundscapes, handmade and synthetic, are interrupted by vocal effects or harsh, raw sounds. With their live shows, Collectionism created an optical and acoustic feast for eyes and ears.

”Torture Day" is a live recording from the Anti-tones Festival at the Paradiso, Amsterdam. Aad De Mooi and Hans Meyer played on this gig too. “On a Northern Shore” is a home studio recording with Robby Horsfall on guitar. Both tracks date back to 1984 and are first-ever releases in any format.

All tracks mastered from the original tapes by Ruud Lekx, 2018.