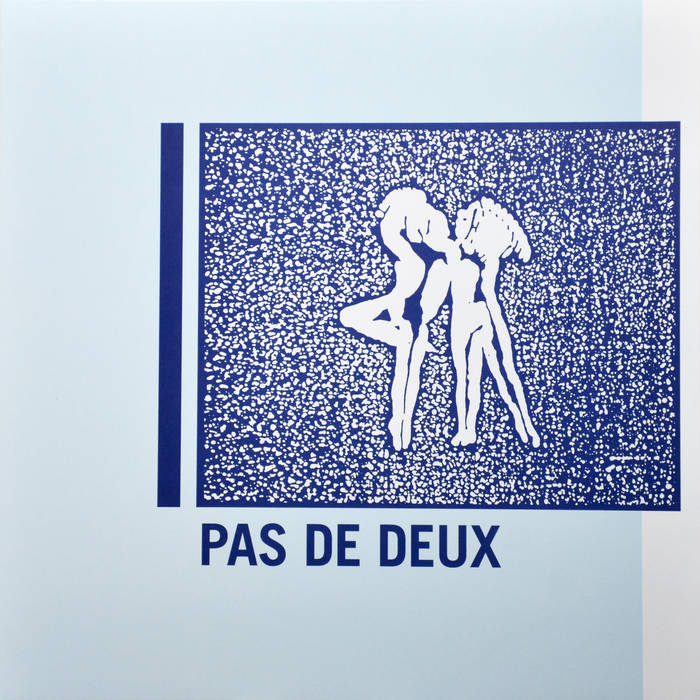 We are in 1985, a hectic year for the emerging independent record label Auxilio de Cientos. The company ‘offices’ are in full performance. There are several projects going on, and the first one at international level is no less than a compilation which meets up electronic music groups formed by a couple, a very common tendency these days.

A nearly ‘conceptual’ Project in which electronic groups from such distant countries as USA or Germany take part; however, they have a common denominator: all of them are emerging groups in which experimentation and ‘resounding risk’ is an essential premise in their recordings. Nevertheless, there is a clear homogeneity in their sound. The synth-pop, dark ambient, minimal synth, industrial, techno amongst other musical classifications which later on would become very popular, are revealed in the grooves of ‘Pas de Deux’.

The selection of artists has been a hard and complex work… internet does not exist, Facebook, soundclouds, Instagram, Napster, and many other means which will emerge a few years after that, and which will facilitate the distribution and communication between people are science fiction in 1985. Those young artists and musicians communicate basically through fanzines, ‘circles’ of friends, independent radio stations, the well-known postcard art and epistolary post! However, there are no barriers to communicate and, eventually, they manage to compile an excellent selection, with themes specially recorded for that occasion. Some of the groups are, at the same time, pioneer in their original countries. That is the case of the Belgian Bene Gesserit (with their recording seal Insane Music) o Deux Pingouins (Illusion Production). Both ‘labels’ will be very active in the following years and they will relatively manage to succeed in their respective countries. We can also talk about the American group Algebra Suicide (formed by a journalist from the Rolling Stone and a radio commenter), the Californian Psyclones, who sometimes remind us of The Residents, Lied and Die Freude, a German duet whose theme is the music of one of their video-performance, or the very young Enhanta Bodlar or the naif sound of the Italian Influenza Prods.

Pas de Deux led to Auxilio de Cientos’ international taking off as well as a great step forward in the consolidation of an alternative to the ‘official’ one music prevailing in Spain. Other groups and recording seals were working at a similar level in other cities of the country, and all together brought in a different view, a new sound. That was our little contribution to a sound which was mainly led by the Anglo-saxon groups, and which eventually managed to write its own chapter in music history.

Digitally remastered from the original master tapes by Xavier Alarcón, 2015.